Hands of Love: from Koyasan: Reiki Sound Healing by Deuter

Another consistent seed in my art is the need to create art around the feminine.  The basic thread has a deep seated desire to populate the planet with more and more images of the feminine, the sacred feminine.

The sacred feminine is not a woman, it is a balancing energy to the sacred masculine here in this universe which belongs to both men and women.  However, we humans like to see energy with a body suit so often the feminine energy is embodied as a woman.

I have had visions of this feminine returning energy for the past 23 years.  When we first moved to Fort Valley,in 1994, I hiked to the top of the far ridge and while viewing the South Fork of the Shenandoah, I felt a feminine energy off my right shoulder.  I turned to see a rock carved out by wind and water into a rough hewn bowl.  In my mind’s eye I could see a very old woman with long white hair dressed in white soft leather.  The sense of her was old, ancient even, but her face was unlined, serene, and held an inner beauty that took my breath away.

She was looking past me into the forest.  I turned and saw a man materialize out of the trees, walking slowly to her.  He was dressed also in buckskin and had feathers wound in his long  iron gray hair.  They stood looking at each other and then simply stepped into a long awaited embrace.  I could feel that they had been separated for a very long time.  Their reunion was blissfully real to me.  They had waited for this moment for ages and eons.  I had tears running down my face and felt the awe of the vision and the privilege of witnessing the return of this feminine energy to the earth once again.

They spoke not a word to me, but after their initial embrace both turned to me and smiled such radiant smiles, it was like the sun had shown directly into my eyes.  Their images faded away slowly and I was left with the undeniable sense that I had witnessed a true movement in the universal flows of energy.

I glanced down at some movement, a tiny feather floating down and landing in the bowl/rock at my feet.  While I could not take the rock home with me, I did take the feather.  I carved a bowl and put the feather into it and called it the Feather and the Stone, a reunion of the Sacred Masculine and the Sacred Feminine.

Since that time I have carved small images of the feminine to populate the planet. 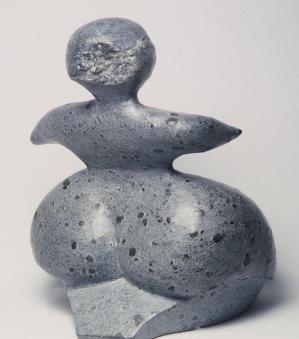 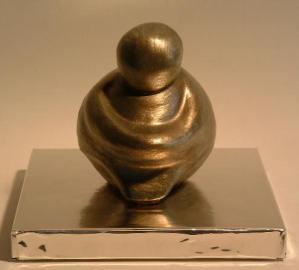 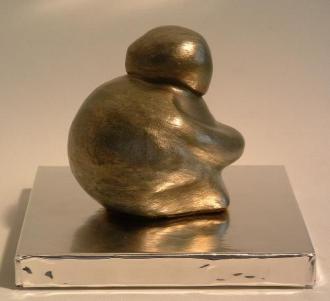 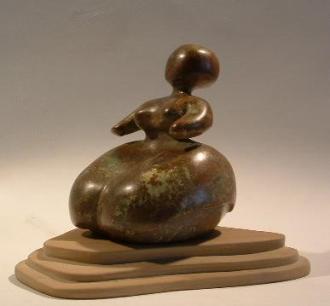 There was a big influx of Feminine Energy this January, 2017.  There will be many women, men, and children marching on this Saturday, January 21, 2017 in many major cities and smaller towns all across America, establishing their rights as citizens of the United States of America to assemble freely.

We stand together in solidarity with our partners and children for the protection of our rights, our safety, our health, and our families – recognizing that our vibrant and diverse communities are the strength of our country. (from their website: here.)

May peace bless their efforts, harmony shine on their mission, and ease follow grace wherever they may go.